EAVE+ offers 15 producers the opportunity to discuss their company structures and management practices together with high-profile industry experts during 4 days to tackle the business side of running a film company.

The upcoming edition will focus on company sustainability and how to reinvent yourself in times of crisis. Under the title ‘transforming companies’ we will feature a series of company case studies and inspiring new business models and tackle the role of the producer as a leader.

Together with top-notch experts, we will also explore topics such as cashflow management, company strategies, negotiation with financiers and partners, and raising finance from investors and how to create viable business models for the future.

« EAVE+ gives your company the necessary tools and information to identify your company's biggest assets and to get them ready for the ever-changing market place. »

Applications are open for independent producers with a solid track record and international experience from Europe and the rest of the world until June 22, 2021.

The workshop will tackle topics such as: How to grow as a company? How to reinvent yourself in times of crisis? How to sustain a viable business? What kind of leader am I? How to improve my team management? How to achieve a better life work balance?

EAVE consultant Linda Beath will take the EAVE+ participants to the next level of company management: how to hire and fire, cashflow management, how to structure your business, and other burning management issues.

Katriel Schory (IL) will explore the role of the producer as a leader when it comes to the creative team, but also their own companies and businesses.

Transforming Companies, new business models and company constellations will be one of the main topics throughout the workshop, that we will explore via a number of inspiring company case studies by Jonas Katzenstein (augenschein Filmproduktion, DE), Petri Kemppinen (Aurora Studios, FI), Marc Bordure (AGAT.., FR) and Ada Solomon (HI FILM, RO).

EAVE+ is organised once a year in Luxembourg with support of the Creative Europe - MEDIA sub-programme of the European Union and Film Fund Luxembourg.

We are very pleased to inform you that all EAVE graduates are invited to register for free to the upcoming hybrid edition of Focus Asia, taking place in Udine from June 30, to July 2, 2021. In case you wish to join the event on-site the festival can offer to a limited number of producers a partial travel reimbursement and 3-night hotel accommodation.

Due to the restricted capacity of the venues FOCUS ASIA will be able to confirm the participation of invited guests on a first come first served basis, so we encourage you to confirm your presence at your earliest convenience.

All the on-site & online participants will have the chance to join a rich and exciting programme including the following initiatives targeting international producers:

1.      All Genres Project Market & EAVE Ties That Bind showcase >> the special platform dedicated to upcoming high-quality feature films in development with co-production or co-financing potential either with Europe or Asia

2.      ASIAN GATES >> a series of lectures and case studies developed in partnership with EAVE Ties That Bind and EFP on Asia-Europe co-production and distribution strategies of European films in Asia

3.      THE ASIAN DISTRIBUTION LANDSCAPE >> 4 Asian distributors will share insights on the recent trends of distribution in the fragmented Asian market

The programme will also feature a series of case studies, one to one meetings and networking activities to bring closer all our Asian and European participants.

If you are interested in participating on site or online, please contact Elena at focusasia@cecudine.org before June 12, 2021.

It would be indeed great if many of you could join us both physically and virtually! 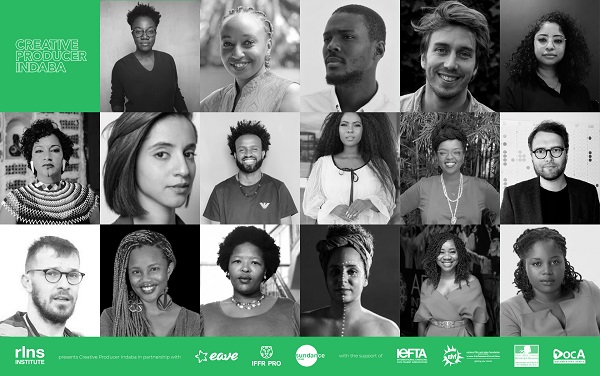 “At Indaba, we are not only training creative producers, but we are also training leaders that will help build the change they want to see in their local markets by equipping them with the skills and tools they need to sustain a career in film,” said African group leader and Realness Institute co-founder, EAVE participant Mehret Mandefro who moderated Indaba’s Opening Assembly that took place on Tuesday 1 June. She hosted a conversation on leadership, one of the guests in conversation with Mandefro was Vanja Kalujercic, the festival director of International Film Festival in Rotterdam (IFFR), who spoke about the influence of Covid on IFFR and their partners: “We believe that the disruptions Covid-19 has caused have created space and momentum for the industry at large including cultural institutions to reinvent themselves.”

The second guest during the opening assembly was Nkiru Balonwu, a strategic communication and stakeholder specialist from Nigeria and Creative Director of The Africa Soft Power Project, who spoke on how film can be used as an influential instrument: “Films are the most powerful tool we have to reshape perceptions about Africa.”

The Creative Producer Indaba was created to provide professional training and hone the leadership skills of tenacious producers committed to telling African stories. In this spirit, this conversation is one of the highlights in the program as the guests discussed what it means to be a leader and how to best make the case for investing in the creative and cultural sector as a way of building a more prosperous future for Africa.

Through plenary sessions, masterclasses, case studies and one-on-one meetings with assigned mentors, the selected participants address project development and planning, project financing, PR and marketing, leadership and advocacy. Other highlights the participants attended included a marketing masterclass facilitated by the Executive Director of CinemaChile, EAVE graduate Constanza Arena: “Most producers are mostly focused on financing, dealing with the talents, directors requests and the scripts. They postpone the thinking of audiences for the post-production stage and that is something we want to change".

Another highlight included an international sales masterclass facilitated by the head of Acquisitions at Memento Films International, Sata Cissokho and Naima Abed, who is the producer at Paradise City, an affiliate of Memento International.

Other film industry professionals that were hosting sessions were producer and co-founder of Banshee films, Delphine Jaquet, Jamaican-American producer and lawyer Rob Maylor and film producer and EAVE graduate Cait Pansegrouw. Jaquet will, among other sessions, presented a case study on the financing of the Ivory Coast Oscar-shortlisted Night of the Kings by Philippe Lacôte, which she produced. Pansegrouw presented a case study on the marketing of the award-winning Lesotho set drama This is not a Burial, It’s a Resurrection by Lemohang Jeremiah Mosese. The workshops continued until 10 June and the participants have also participated in group sessions, focused on their personal career growth.

In addition to providing professional training and career growth, Creative Producer Indaba aims to be a forum for rethinking business models for content creation in Africa, while also exploring more equitable frameworks for collaboration between the continent and the global North. As part of the program, the producers are also spending time exploring peership and laying the foundations for a continent-wide producer’s network.

“It has been an incredible experience to be able to truly fellowship with other producers, who are going to similar challenges. We have been sharing our stories and learning from different case studies that really inspired us to start thinking about innovative and creative approaches to financing, releasing, and distributing films.” says participating producer Toni Kamau from Kenya and producer at We Are Not the Machine.

Establishing a solid community of producers in Africa is an outcome that will be a critical for the program’s sustainability and success, while also strengthening the African film industry at large. Creative Producer Indaba would not be possible without the support of A51 Pictures, Documentary Africa, International Emerging Film Talent Association, French Institute of South Africa, National Film and Video Foundation of South Africa and Urucu Media. 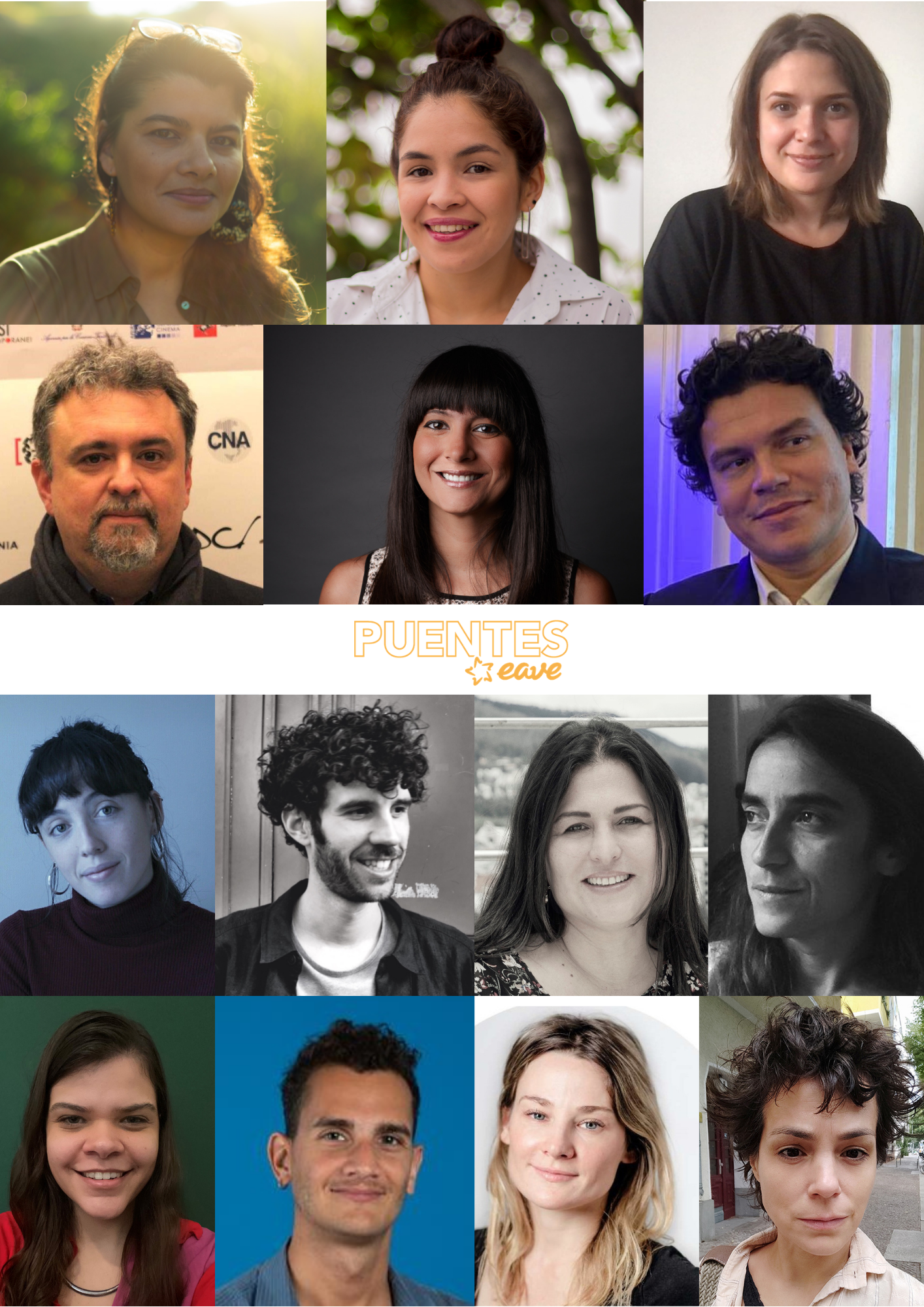 EAVE PUENTES, the most relevant and successful training programme for developing European-Latin American co-production is thrilled to announce the selection of the 14 participants for its 2021 edition!

PUENTES takes place over 2 workshops. The first workshop will take happen online from June 14 – 25, in partnership with FVG Audiovisual Fund, IDM Südtirol / Alto Adige and MiC. During the second week of the first workshop, EAVE and its partners will organize in addition PUENTES ITALIA, a special programme dedicated to Italian producers and film professionals interested in deepening opportunities for collaborating with Latin America. PUENTES ITALIA will be held from June 21-24 in Bressanone, Italy.

Workshop 2 will be held in Uruguay in November 2021, prior to Ventana Sur (November 29 – December 3). Thanks to a partnership between EAVE and Marché du Film, the 2021 PUENTES participants will attend the Latin American Audiovisual Market.

Lorena Morín, MECAS International Market dedicated to Almost Finished Films and Films to be Made, Spain

Project: Loretta Young and the Monsters by Javier Andrade

In addition, 11 Italian professionals have been selected for PUENTES ITALIA taking place in parallel to the main workshop.

4 of them are bringing a documentary project in development to the workshop, 3 of them a fiction feature and 4 are focusing on their career development and exploring the opportunities of working with Latin America.

Docu-fiction project:  The Utopia of Pulcinella