In development / pre-production May 2019

IFFR's Hubert Bals Fund (HBF) announced its spring 2019 selection. HBF has selected 14 projects by both upcoming talents and established filmmakers. Among the films selected for funding are:

Film Center Serbia has announced the recipients of its newest round of grants. Among them:

Screen Ireland has announced the four projects that will go into production as part of the inaugural edition of its female-focused POV scheme. The aim of the POV scheme is to enable distinct Irish female voices with a passion to tell stories on the big screen through the development and production of feature films. 3 projects are produced by EAVE graduates:

German production company Weydemann Bros., who is among Variety’s 2019 Producers to Watch, has unveiled two projects in the works, including an English-language drama written and directed by one of Germany’s most prolific young actresses: 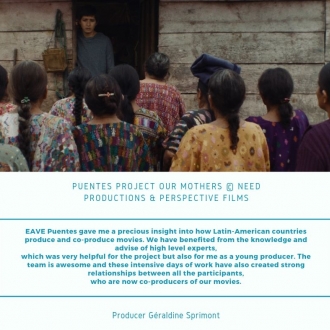