The transregional audiovisual cooperation and training initiative RE–ACT announced a selection of six projects, recipients of the fitfth round of RE–ACT co-development funding support. Among the selected projects:

BEING ALICE directed and produced by EAVE graduate Nicolás van Hemelryck and Clare Weiskopf has won development funding both by Proimagenes (Colombian Film Fund) and Ibermedia, and has been invited to participate in CAMPUS LATINO (by documentary campus) and FICCI's Documentary Workshop (Cartagena Colombia).

THE SMELL OF FRESHLY CUT GRASS
EAVE graduate and German National Coordinator Jonas Weydemann’s company is expanding its international co-production activities with new projects from Argentina and Malaysia. Argentinean director-producer team Celina Murga and Juan Villegas are partnering with Jakob and Jonas Weydemann on the upcoming relationship drama THE SMELL OF FRESHLY CUT GRASS. Directed by Murga and written and produced by Villegas, the film follows a married couple, Pablo and Natalia, both university professors, who each embark on entangled affairs with their respective students, Luciana and Gonzalo. Like two sides of the same coin, the first half of the film revolves around Pablo and Luciana, with the second half centering on Natalia and Gonzalo. THE SMELL OF FRESHLY CUT GRASSis backed by Argentina’s Instituto Nacional de Cinematografia y las Artes Audiovisuals (INCAA) and from regional German funder Filmstiftung NRW. Production is set to start this year in Buenos Aires, with part of the post-production to take place in Germany.

TTB project TIGER STRIPES
The Weydemanns are also on board to co-produce Malaysian helmer Amanda Nell’s TIGER STRIPES which has been developed at TIES THAT BIND Asian-European co-production workshop. The  feature debut follows a carefree 11-year-old girl who suddenly starts experiencing horrifying physical changes. As her body morphs at an alarming and frightening rate, she struggles to conceal her grotesque alterations — until she decides that she no longer wants to hide from the world. The project in 2018 won the Hubert Bals Fund’s Bright Future development support at Rotterdam and the Talents Tokyo Award, and last year picked up the Sitges Pitchbox Award at the Network of Asian Fantastic Films at Bucheon. Foo Fei Ling is producing for Ghost Grrrl Pictures, a Malaysia-based company specializing in producing female-centric films from Southeast Asia. Fran Borgia of Singapore production house Akanga Film Asia and Yulia Evina Bhara of Indonesian production outfit KawanKawan Media are co-producing. TIGER STRIPES, which is expected to receive German regional funding, is scheduled to start principal photography in Malaysia later this year.

GOD WILL NOT HELP by Hana Jusic, producer: EAVE graduate, group leader and Croatian National Coordinator Ankica Juric Tilic is in development. The story written by Hana Jusic follows Teresa, a Chilean woman who arrives in a village at the foot of the Dinara Mountain, carrying a bag with the bones of her husband and looking for his Croatian family in order to bury him. She finds her husband’s sister and brothers, and starts to get acclimated to the village and the family. Yet, things are not exactly what they seem. Tilic’s Kinorama is producing in co-production with Gustav film from Slovenia and TICO Film Company from Italy. The producer has already secured project development from the Croatian Audiovisual Centre, as well as an additional support through the RE-ACT regional fund. 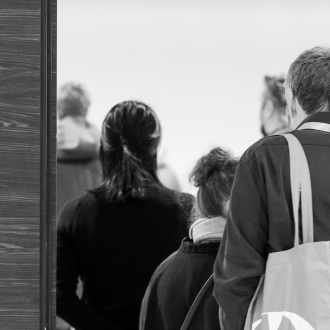