PINK MOON (ex METHUSALEM) by Floor van der Meulen, producers: EAVE graduates Derk-Jan Warrink, Nadia Trevisan, Miha Cernec, Jozko Rutar is in pre-production. The plot: When 29 years old Iris unexpectedly hears from her father Jan that he has had enough of his life, she is forced to face the absurdity of the situation. As his unsettling deadline approaches, Iris decides to ignore the oiled action plan of her family. She kidnaps Jan to the snow-covered mountains of Slovenia, where she wants to find a way to deal with her father’s last wish. The project received Eurimages support and is also supported by the Slovenian Film Centre. Studio Viba Film is providing additional technical support. The shooting, which was previously scheduled for April 2020, is now planed for the period of October – December 2020.

HOW I LEARNED TO FLY by Radivoje Andric, producers: EAVE graduates Maja Popovic and Milan Stojanovic, EAVE group leader and Croatian National coordinator Ankica Juric Tilic is in pre-production. A seemingly boring vacation with two old ladies turns into a life changing experience for 12 year old Sofia, as she kisses a boy, reunites with estranged family and faces mortality on an idyllic island in the Mediterranean. The producers are Maja Popović and Milan Stojanovic (Serbia’ SENSE Production), the co-producers are Ankica Juric Tilic (Croatia’s Kinorama) and Stefan Kitanov (Bulgaria’s Art Fest). The production has been supported by Film Center Serbia, the Croatian Audiovisual Centre, the Bulgarian National Film Center, Eurimages, MEDIA Creative Europe and the SEE Cinema Network. The shooting will take place on location on the island of Hvar (in Croatia) and in Belgrade.

AS I CLOSE MY EYES by Konstantin Bojanov, producer: EAVE graduate Palmyre Badinier receives Eurimages support. The story: As a Devadasi, Devika is dedicated to the Godess Yellama and intended for prostitution. On the day of her sister’s departure for Mumbai, she meets Renuka, a free-wheeling sex worker. 18 years later, she hits the road to secretetly find the woman she had once loved more than anyone else. A Shakespearean love story taking place in Southern India. A co-production with Klas (Bulgaria), Urban Factory (France), Free Studio (Switzerland), Radio Television Suisse – RTS with the support of BAK, Eurimages, Cineforom (Switzerland), Centre National du film (Bulgaria) and UDI (France). 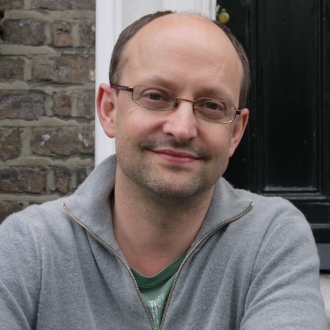