Apply now to the 2023 edition of PUENTES!

The call for EAVE PUENTES, the most relevant and successful training programme for developing European-Latin American co-production is now open for applications until February 15!

The 2023 edition of PUENTES is the fourth one under the guidance of PUENTES Head of Studies and producer Fernanda del Nido (Setembro Cine – AR/ES), known for her prestigious track record of co-productions involving Europe and Latin America such as Oscar-winner UNA MUJER FANTASTICA, NERUDA, AGUA FRÍA DE MAR and PEQUEÑA FLOR.

Among the core experts is producer and EAVE graduate Didar Domehri (Maneki Films – FR) as group leader, and Jacques Akchoti (FR) as script consultant. They will be joined by guest experts from both Europe and Latin America, such as Agustina Chiarino (Bocacha Films, UY) and others.

EAVE is looking for experienced feature film producers in their own countries wishing to work on an international scale and to create long-term creative and business relationships between Europe and Latin America. Interested producers should apply with a feature fiction film project in development stage. European producers applying must be able to demonstrate a clear involvement with Latin America and vice versa.

EAVE is open to receive applications from related European film professionals (such as sales agents, distributors, festival and market representatives, financiers) or European producers focusing on career development and wishing to work on an international scale and to create long term creative and business relationships with Latin America.

Applications are open until February 15, and the selection will be announced by end of April 2023.

PUENTES takes place in the course of two weeks of the year. The first workshop of the 2023 edition will take place in Italy, in late June – July (exact dates and location TBC), in partnership with FVG Audiovisual Fund and MiC (Ministero dei Beni Ambientali e Culturali).

The second workshop will be held in Uruguay in late November (TBC), in partnership with Bocacha Films and supported by IBERMEDIA. Thanks to a special partnership, the PUENTES participants will attend VENTANA SUR after workshop 2 in order to strengthen their ties between Europe and Latin America even further by meeting and networking with European and Latin American producers alike.

“EAVE Puentes is yet another well-crafted EAVE program that empowers producers from Europe and Latin America to work in one common network.”

“PUENTES is an amazing reality check, held in a professional and warm framework that provides with lots of tools to evaluate and work on the intersection of our professional career and personal life.”

Winner of the Camera D’Or and the SACD Award at the 2019 Cannes Semaine de la Critique in Cannes, the Magritte Award for Best First Feature and six other awards at international film festivals.

Click here to start your application and find out more information about the selection criteria.

In case of questions, do not hesitate to get in touch with the EAVE team: ana@eave.org

EAVE graduates: If you already have an EAVE profile, please log into your account to complete the application. If you do not remember your login information, please contact: members@eave.org 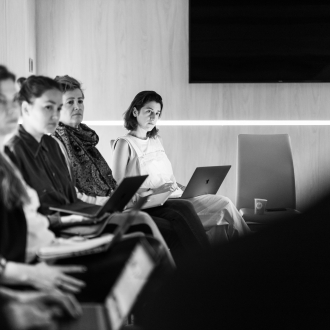 Apply now for the April edition of EAVE+!

Apply now to the 2023 edition of PUENTES! 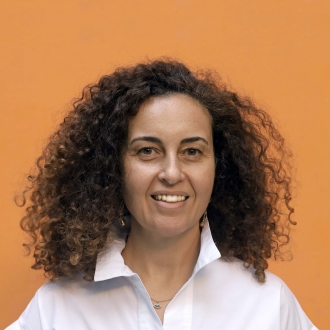