As the coronavirus crisis continues to devastate Germany’s entertainment industry, calls are growing ever louder for an official ban on shooting. The German producers union (EAVE graduate Erwin Schmidt) are asking for a German-wide restraint of fictional film & TV shootings to contain coronavirus.
At the same time, the country’s film funders have come together to finance an industry rescue package, while leading TV broadcasters are promising to bear a share of the costs of shuttered productions.
The crisis has already resulted in cancellations of some major film and TV productions across the country. Yet many producers have been forced to continue working or face financial ruin.
In an open letter to government leaders and health authorities published by trade publication Blickpunkt Film, filmmaker Markus Goller asks to stop all shooting permits in Germany. „If the authorities do not immediately put a stop to it, all producers who are currently filming will find themselves in an absolute moral and existential disaster.”
For its part, the Federal Film Board (FFA) has announced plans for a joint rescue package currently being developed with federal and regional funders to help the film and theatrical sectors.
The plan, which is also backed by the Federal Government Commissioner for Culture and the Media (BKM), includes an aid fund whose total amount has yet to be determined.
“The effects of the corona pandemic pose an unprecedented threat to the German film and cinema industry,” said FFA president Bernd Neumann. “The consequences for cinemas, production and distribution companies — and thus for all the people in this country who work in film — are unforeseeable. In this extreme situation, the industry must stand together; the federal government, the states and the FFA must find and implement solutions together as quickly and unbureaucratically as possible.”
The measures, introduced retroactively from March 1, include a waiver for repayments of grants for productions that have been terminated by the pandemic, as well as a deferment of repayments that are already due.
Film distributors will also be able to defer repayment of subsidies while theater owners will be allowed to postpone loan payments and the film levies that help finance the funding system.
Germany’s main broadcasting companies, ARD, ZDF, RTL and ProSiebenSat.1, are likewise offering a helping hand by sharing in the costs of wide-spread production stops. Depending on the individual case assessment, ProSiebenSat.1 said it would share the “unavoidable costs” of up to or over 50% related to shuttered or postponed productions.
www.variety.com

The German federal government is stepping in with a sweeping aid package for the country’s creative and cultural sectors. According to a press release shared by the ministry of culture and reports in the German press, a staggering €50 billion ($54 billion) in backing will be provided specifically to small businesses and freelancers, including those from the cultural, creative, and media sectors. Read more here.

The most prominent Nordic film organisations have announced a series of provisions to limit the economic damage caused by the global spread of the coronavirus. Read more here.

The BFI and The Film and TV Charity have partnered to create the Covid-19 Film and TV Emergency Relief Fund in a bid to help support the UK creative community during the coronavirus pandemic. Netflix has donated £1 to offer support to the fund. Read more here. 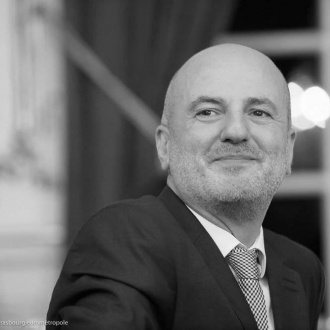