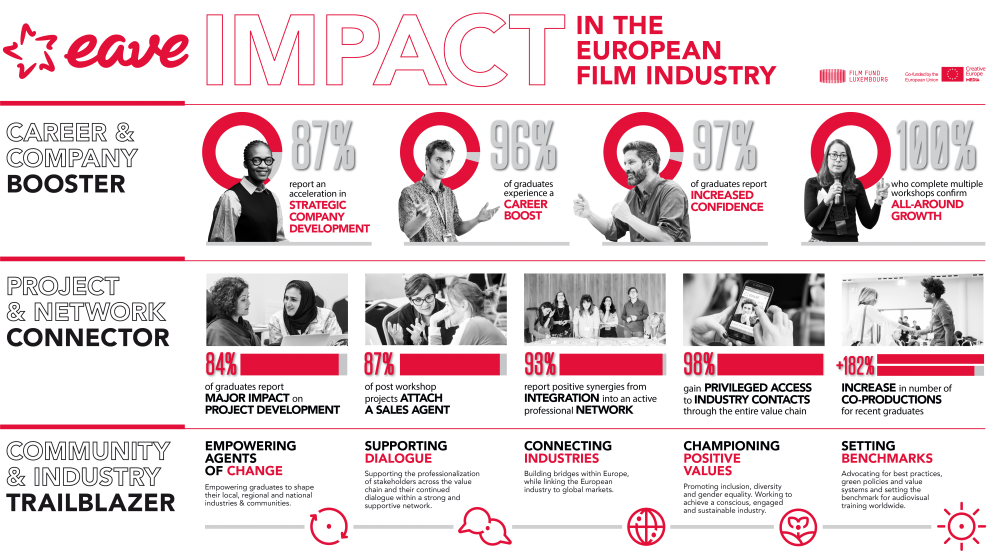 Active for over 33 years in the film industry, EAVE, the renowned professional training, project development and networking organization, has conducted an extensive independent survey among the alumni of the past 10 years (producers and professionals from associated branches of the industry), analysing the impact of its programmes on the participants' careers, companies, projects and the European independent film industry in general.

The key findings show EAVE's major impact on the industry through 4 main axes:

A career and confidence booster

and an accelerator for company development

Over 96% of the EAVE graduates interviewed reported a boost in their career, self-confidence and personal development.  The impact is even greater for female participants, where more than 98% reported a positive effect.

“Thanks to EAVE, I have increased my knowledges and I have a more global and international approach to my work. In addition to that, I have met great professionals and I have way more opportunities to coproduce and join forces with interesting and stimulating companies from other countries.” Alessandra Principini (DocLab, Italy)

87% of graduates report an acceleration in strategic company development, while 100% of graduates who complete multiple workshops confirm an all-around professional & personal impact.

“EAVE has been the very basis of our growth of the last years from a start up to a sustainable company with a business volume of several million Euro per year.” Jonas Weydemann (Weydemann Bros. GmbH, Germany)

EAVE represents a label of trust and quality within the industry.

“Being an EAVE graduate resonates well within the film industry, especially among producers, so it's easier to make new connections.“ Marek Novak (Xova Film, Czech Republic)

93% of EAVE graduates report positive synergies from on their integration into a professional network with 98% reporting a priviledged access to industry contacts through the entire value chain, as a direct result of the workshop.

“What I did not anticipate is that it would become family: we have dinners at festivals, daily contacts on our group website, solve each other’s projects, and coproduce together.” Gary Cranner (Chezville, Norway)

Since their participation, 76% of EAVE graduates reported working with top sales agents, 60% with top film distributors, 68% with TV broadcasters and 39% with online distribution platforms.

A SUPPORTER and catalyst of projects of all genres and

a facilitator of international co-production and co-operation

84% of EAVE graduates report a majour impact on the development of their film project. 47% of EAVE projects are finalized or in production. Graduates also have a better grasp on project assessment and viability and know to abandon projects that are not fit for the market.

“I came with a complicated project and finished EAVE with a weak script, but with the clear idea of what wasn`t working in it. So it was a first step and I have changed writer and got to completely new script after EAVE, which turned out later to be one of the most successful films in Lithuania.” Zivile Gallego (Fralita Films, Lithuania)

Projects developed at EAVE gain access to key industry trainers and decision makers, which accelerates their access to market. 87% of EAVE participants with a film project in production or a released film have a sales agent attached.

“Now, I feel confident in almost every aspect of film - starting from script development, via funding, producing and now marketing/distribution. Not in the sense of: I have to do it all by myself. But I know what to pay attention to and which partners to reach out for support. Hanna Reifgerst (Förderverein Deutscher Kinderfilm e.V., Germany)

A network of exchange and collaboration, EAVE has a real “co-production effect” and contribution to core European values. The number of co-productions recent alumni are involved in, increases by +182% after the training.

“It’s a growing network and a driving force for working together across borders.” Alexander Dumreicher-Ivanceanu (Amour Fou, Austria)

A community platform for life-long training and

EAVE programs have a deep impact on the independent European industry as a whole by:

“Above all it helped me setting up a new business with an original approach in my country and for new co-productions.” Paula Cosenza (Ventre Studio, Brazil)

“The more Africans go to EAVE, the more we will master the African narratives we want to make.” Bongiwe Selane (Blingola Media, South Africa)

“EAVE was a deep dive into film producing, which helps me day by day to understand my counterparts (Film Producer's and their film projects) better.” Birgit Oberkofler (IDM South Tyrol Alto Adige, Italy)

Over the past 10 years 44% of EAVE training applicants and 56% of training participants are women. Women make up for 52% of the film industry professionals of the EAVE network.

“I felt encouraged to questioning my position, my duties and to stand up for my projects, my ground in the company. As a result I left my co-founded company after 10 years and created a cooperative and respectful environment with a female team. We work with female filmmakers and POC-filmmakers to support them to tell their stories and to establish themselves in this white and male dominant world.” Jamila Wenske (Achtung Panda! Media, Germany)

”I have done many online labs in 2020 but EAVE was the only lab which was organized, enjoyable and well-structured to adapt to the current industry changes.” Tamara Dawit (Gobez Media, Ethiopia)

“EAVE is the backbone of the industry, the skeleton on which the industry builds.” Vladimir Yatsenko (Limelite, Ukraine)

“EAVE is always on top of innovation, they bring you the solutions to today’s issues.” Alessandro Gropplero (Fondo Audiovisivo FVG, Italy)

EAVE would like to express a heartfelt THANK YOU to our wonderful network of alumni for taking the time to participate in the survey and video interviews, as well as Arnaud Dupont and Headway International for conducting the survey and The Film Agency (Sarah Calderon, Raquel Cabrera) and Michael Arnon for their work on the communication tools.

One of the longest running and most successful training workshops under the Creative Europe umbrella, EAVE empowers producers and professionals in the audio-visual field, helps their projects, companies, and the industry itself evolve, and facilitates exchange of knowledge, creation of networks of experience, opportunity, and partnership. 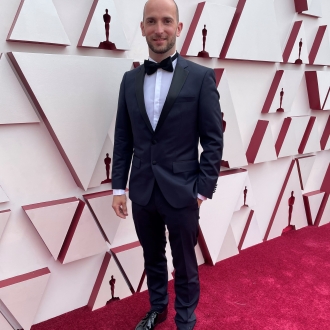 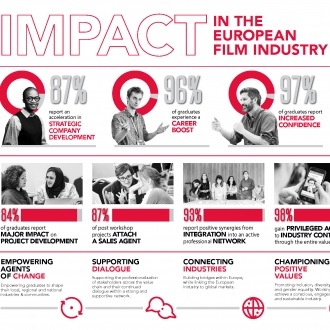 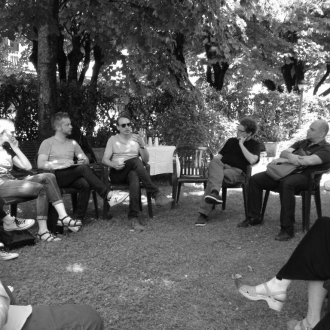