At the last funding round of EURIMAGES, the following EAVE projects and projects by EAVE graduates have been supported:

The World Cinema Fund (WCF) jury has made their selection out of 153 submissions and awarded production funds totalling 395,000 €. Five of the selected films are produced by EAVE graduates.

The Hubert Bals Fund (HBF) has announced the 2020 selection of its HBF+Europe: Minority Co-production Support scheme. Five film projects from Thailand, Columbia, Ukraine, Malaysia, and Mexico have received a contribution through their European co-producers.

Six new titles by EAVE graduates have been selected for support by the Netherlands Film Fund:

Ten new feature films, documentaries and TV series are supported by screen.brussels. Among them:

Film Fund Luxembourg’s selection committee has announced the recipients of its latest slate of funding. 12 fiction features, two animated features, one documentary feature, two TV series, one transmedia documentary, one docufiction series, one animated series and one VR project will be supported.

The Lithuanian Film Centre has announced its second round of funding pre-approvals for 2020, through which it will support 59 projects at various stages of production and development. Among the list of projects:

EAVE Project MAYSOON by Nancy Biniadaki, producer: EAVE participant Christopher Zitterbart is in development. The film has received the first production funding in Germany. The German Commissioner for Culture and the Media (BKM) supports the project. The plot: The safe and happy life of a young Egyptian woman in Berlin threatens to break when her partner is leaving her for another woman. Repressed stories from her former political activities suddenly reappear, and she is facing the danger of losing. Developed through MFI Script 2 Film, participation at FEST Pitching Forum, supported by Creative Europe – MEDIA Programme of the EU.

TRANSIT TIMES by Ana-Felicia Scutenicu, producer: EAVE graduate Jonas Weydemann is in development. The plot: Mid 1990s somewhere in the former Soviet Empire. Tamara struggles for survival for her family, her two kids. The old values and stability of the communist era have become meaningless, but still no new ones have been established. The film receives funding from the German Commissioner for Culture and the Media (BKM), Medienboard Berlin-Brandenburg, Creative Europe.

EAVE project THE HERD by Milko Lazarov, producer: EAVE participant Veselka Kiryakova is in development. The project is about the particularities of the small, vanishing communities and their way of life, religion and culture in the context of threat from globalization and the unification of cultural values. This subject is dramatically explored through the relationship between a boy from the mountains with special abilities and a girl from the nearest village, both children belonging to different ethnographical identity. The project’s main message is the belief that only children as carriers of the new are capable of letting go of age-old enmities and cultural differences. The film is supported by the Bulgarian National Film Centre and Creative Europe - MEDIA. Support comes from the Bulgarian National Film Centre, Bulgarian National Television, 42 Film (MDM Germany), Arizona Productions (CNC France), ZDF/ARTE and Eurimages.

RHINOCEROS by Oleg Sentsov, producers: EAVE graduates Izabela Wojcik, Heino Deckert, EAVE + graduate Violetta Kaminska is in pre-production. RHINOCEROS takes place in the 90s in the Ukraine, during the transition from the Soviet Union. "We have seen a lot of films about criminals but I am interested mostly in an average person: what a person feels, why they act this way, whether such a person can change... . After all, there are no bad people, there are people who do bad things," Sentsov said. The co-production between the Ukraine, Poland and Germany is supported by the State Film Agency of Ukraine, the Polish Film Institute and the German film fund Medienboard Berlin-Brandenburg. The preparation for the shooting of RHINOCEROS started back in 2013, but was halted due to Sentsov’s imprisonment in Russia.

THE FRAGILE BEAUTY OF MASCULINITY by Andrea Culkova, producer: EAVE graduate Katarina Krnacova is in development
Produced by Czech Duracfilm, Slovak Silverart, and  Norwegian Chezville, the film sets out to explore the crisis of masculinity, which would not be possible without also looking at femininity. The plot revolves around a married couple and their relationship, which starts shifting following Adam’s adrenaline-fuelled exploits. The director attended a scriptwriting residency by the European Women’s Audiovisual Network under the guidance of experienced script consultant Suzanne Pradel. In July, the film was presented KVIFF & MIDPOINT Feature Launch 2020.
www.silverartfilm.sk

A THOUSAND FIRES is in production 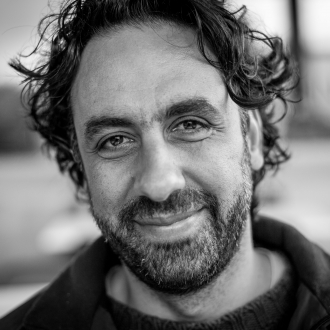